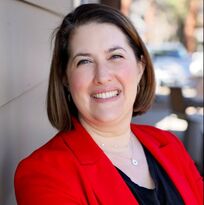 Heather came to Bend in 2017 from the Willamette Valley, where she spent several years working in nonprofit communication and fundraising. She has a bachelor’s degree in communications from Lewis and Clark College and an MBA from Portland State University. Heather is thrilled to work for CASA because she believes that community advocacy and action can give every child a safe and permanent home. In her spare time she enjoys hiking, creative writing, cooking, and spending time with her family. ​

Jill is a graduate of OSU Cascades, with a Bachelor’s degree in Human Development and Family Sciences, specializing in Human Services. Jill has been with CASA of Central Oregon since September of 2013. She started as an intern and now serves as our Operations Director.  Jill and her family moved to Redmond, Oregon in 2007. Jill has three children who keep her busy. In her free time, she loves to go camping, hiking, and spends as much time with her family as she can.
​  ​

Michelle is a graduate of the University of Houston,  with a Bachelor's degree in Political Science.  Prior to joining CASA  in 2020, Michelle was the Executive Director for the Education Foundation for Bend-La Pine Schools and has served on the board of the Central Oregon Latino Partnership Program and Big Brother Big Sisters. She has been an ardent supporter of educators and K-12 education in Bend and La Pine. Michelle and her family have lived in Central Oregon since 1995, moving to Bend from Houston, Texas. She enjoys hiking, camping and traveling.
​ 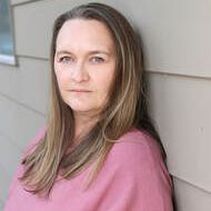 Debbie graduated from OSU-Cascades with a degree in Human Development and Family Sciences with an emphasis on Human Services. She completed her CASA training in October of 2013 and was hired as a Program Coordinator in September 2014. Having spent a large portion of her own childhood in care, she understands the importance of having somebody whose sole purpose is to look out for the child’s best interests while they navigate the foster care system. She moved around a lot as a child – but made Central Oregon her home in 1994 when she fell in love with the area while on vacation. She is an avid outdoorswoman who prefers to spend as much time as possible with her family on a hiking trail or out on the water kayaking.

After graduating from the University of Oregon with a degree in Psychology, Sarah and her husband moved around the country while he played professional football before setting down roots in Bend. As a mother of three, she is a passionate about children's issues. She became an advocate in 2014, and quickly realized the indispensable need for advocacy within the foster care system. Sarah's current focus is on serving kids as a program coordinator, as well as training new advocates. In her spare time time, she can be found hiking the trails of Central Oregon, skiing the slopes of Mt. Bachelor, and devouring books in a single sitting.

Originally from Eastern Oregon, Kaitlynn moved to Central Oregon in 2006 and was immediately taken by the area for its wonderful people and beautiful views. She continued her education in Bend and graduated with the highest distinction from OSU-Cascades, earning a Bachelor of Science in Human Development and Family Sciences with a focus on Human Services. Additionally, she received an Associate of Arts in Early Childhood Education from Central Oregon Community College. When she finds herself in the interludes between devotions of her career, she enjoys every moment with her family and friends, hiking the distinct Oregon landscape, floating the many local rivers, and listening to a variety of music. Kaitlynn hopes to take part in shaping a better world by ensuring the safety of all children and the advocacy of all those in foster care.

​Andrea grew up in Central Oregon and graduated from Western Oregon University with a bachelor’s degree in Criminal Justice.  Before joining the staff as a Program Coordinator, Andrea worked as a Police Officer for twenty-six years.  She enjoys spending time with her husband and two children that are very active in athletics and outdoor activities.  Andrea is excited to start her new career advocating for children in foster care. 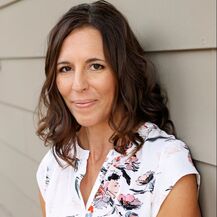 Meriah believes strongly in the CASA program and the work the advocates do to help​ children in​ foster ​care. Before joining staff as a program coordinator, Meriah served in both the advocate and peer coordinator roles ​since 2010​. A Central Oregon native, Meriah grew up on her family's cattle ranch in Prineville. She enjoys many activities with her husband and 2 kids, including camping, rodeo, raising sheep and cows, and 4-H activities. She is a 4-H club leader and secretary of the local 4-H Leader's Association.

​Kristina came to Bend from Wisconsin in 2016. She started as a CASA in 2017 and is honored to be a voice for kids in foster care. Kristina is a graduate of Minnesota State University Mankato with a Bachelor of Arts in Psychology with a minor in Corrections. As Training Coordinator, she can pursue her passion of education and personal development. When she isn't at her desk, you'll find her coaching at Girls on the Run, training for some crazy distance of triathlon, or enjoying all that Central Oregon has to offer.

​A native Oregonian, Jessica as spent the majority of her life living in the state. Jessica’s heart for children in foster care began as a teenager when she started babysitting foster children for a family in her neighborhood. As an adult, Jessica was a foster parent with MapleStar Oregon for 3 years, working mostly with youth involved in the Deschutes County Juvenile Justice system. She is a graduate of OSU Cascades with a degree in Human Development and Family Sciences with an emphasis on Human Services. After completing her internship with CASA and the Family Finding program in December 2015, Jessica began working as the assistant Family Finding Coordinator. Jessica is glad to be part of a program that strives to help youth achieve relational permanency.

Staff head shots provided by Nicole Gee Photography.
Nicole provides creative, contemporary portraits for you, your business and your family. She is also a CASA volunteer.