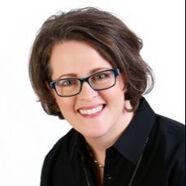 Kat is executive director of Volunteers in Medicine and has more than 30 years of experience in economic development and health care administration. She holds an undergraduate degree in International Relations from Georgetown University, and a Masters in Public and Health Care Administration from Indiana University. She has served as the Executive Director for Volunteers in Medicine since 2008, after beginning her work there as a volunteer in 2004. Kat and her husband, Mike, and their three daughters moved to Bend in 2003. She has a long standing interest in serving vulnerable populations. 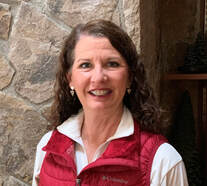 Pam worked for the Sunriver Music Festival from 2002-2019 and served as its' Executive Director for over 14 years. She is currently the Development Consultant.  Pam is also a member of the Sunriver-La Pine Rotary Club where she learned firsthand about CASA and the work in our community. Pam has also served on the Arts & Culture Alliance Board.  Pam and her family moved to Central Oregon in 1996 and resides in Sunriver.  Pam has a Business Degree from the University of Texas.

Janelle is a Treasury Solutions Officer for First Interstate Bank.   She has more than 15 years in banking experience working for both national and community banks within Treasury Management. Janelle enjoys being a volunteer reader for the SMART program, she also volunteers her time with Backpack for Bend and Sunriver Care and Share – a local food pantry.   Janelle and her family moved to the Three Rivers South community in 2004, they enjoy spending their time outdoors with all that Central Oregon has to offer.   Along with a long list of accomplishments, she also recently added becoming a 2021 Leadership Bend graduate to her list! 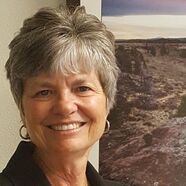 ​Donna Mills is currently serving the Central Oregon Health Council, as their Executive Director.  Prior to joining COHC she was the Chief Executive Officer for Integrated Community Health Partners (ICHP), one of the first Regional Care Collaborative Organizations (RCCOs) in Colorado.  Donna has a strong background in finance, healthcare, and healthcare payer systems. Donna obtained her BS in Accounting from Strayer University in Washington DC, graduating Summa Cum Laude.  She also worked as a Chief Financial Officer for over 20 years. She is dedicated to advancing Healthcare Transformation. She is currently serving as Board Treasurer for Court Appointed Special Advocates (CASA) in Central Oregon; she is a volunteer chaplain for the Colorado State Patrol, and a member of the American College of Healthcare Executives. Before relocating to Central Oregon, she served as Mentor for the President’s Leadership Program (Colorado State University, Pueblo), and also served as a volunteer and counselor for a special bereavement camp for children sponsored by Sangre de Cristo Hospice. Donna is pleased to serve the Tri-County region both professionally and personally.  She and her husband have five grown children and 4 grandchildren. They enjoy serving in their community and being outdoors. 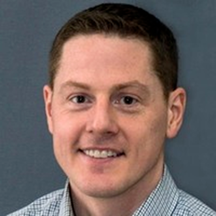 Ryan is Corporate Counsel for Les Schwab Tire Centers.  He holds an undergraduate degree in communications and history from the University of Puget Sound and a Juris Doctorate from the University of Oregon.  He began his legal career working in private civil litigation firms in the Portland area before moving to Central Oregon with his family in 2017.   Ryan now handles employment, transactional, and litigation matters for Les Schwab.  He was drawn to the CASA board by his commitment to help children thrive during critical times of development.  Ryan enjoys playing basketball, traveling with his wife and children, and coaching youth sports.   ​ 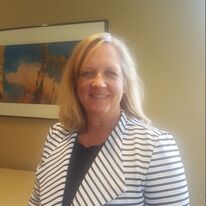 Michelle is the Director of Emergency and Trauma Services at St. Charles Healthcare in Bend and Redmond. She began her career as a pediatric emergency room nurse in Southern California. Her commitment to advocating on behalf of vulnerable children began when, as a pediatric nurse, she saw firsthand the ramifications of abuse and neglect. Michelle and her husband moved to Bend in 2015. She enjoys hiking, mountain biking, rafting, and all Central Oregon’s outdoor adventures.  ​ A native San Franciscan, Joyce moved to Bend with her husband in 2013. She became a CASA in 2015. Her work with CASA children has impacted her life and the reward of seeing CASA children prosper into a better life, is unmatched. Joyce enjoys riding her horse, hiking, pickleball, and of course, cooking. 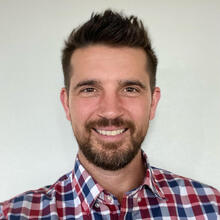 Dave is an Oregon native, growing up in the Willamette Valley, southern Oregon and began his career in Portland. He and his wife relocated to Central Oregon in 2007. Dave is a project manager with Fortis Construction, overseeing large scale data center projects in Prineville. He and his wife became aware of and committed to the important work supporting foster children when a family member adopted children out of the DHS system. Dave and his wife are actively involved in the community, have three wonderful children, and enjoy serving on the worship team at their church. 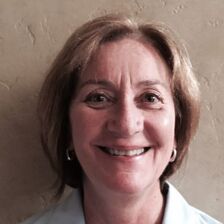 ​Ellen Wolff is very familiar with CASA programs, as she served on the board of Clackamas County CASA for more than a decade. She holds an undergraduate degree from Ohio University and a JD from University of Oregon. She served as law clerk for the Oregon State Circuit Court, and worked in private practice and for Multnomah County Legal Aid. She served on the Clackamas County CASA Board of Directors from 2002 to 2013 and on the Forward Stride Board of Directors for three terms. 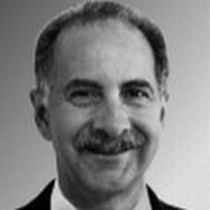 Don is Managing Partner Cornerstone Realty Holdings and has over 35 years of experience as a business executive. He is a graduate of Oregon State University. He and his wife moved to Bend in 2006, where he co-founded Cornerstone Realty Holdings, an owner/operator of multifamily communities and adult residential care facilities.  Don joined the CASA board in July of 2009 because of a personal interest in making a meaningful contribution to the lives of children in need in Central Oregon. Cathy Tai is a semi-retired interior designer who has worked in California and Hawaii. She has been involved with many nonprofits through the years, including Pacific Cancer Society, Women Helping Women, Ka Lima O Maui, Growing Dreams, Maui Youth and Family Services, and the Maui Arts and Cultural Center. She served on the  Board of Directors of the Maui Medical Center Foundation for six years, chairing several committees on development and fundraising.